The banana is the world’s most popular fruit and Tanzania is one of its largest producers. The East African country grows nearly 750,000 ha of the delicious, but disease-prone fruit. Banana ‘trees’ are actually shrubs that need to be replaced once they have fruited. And they grow all year round.

Nearly all Tanzanian banana farmers use the traditional propagation method: taking shoots from a mother plant and growing them in poly bags. Now Jiffy customer Maua Mazuri is evolving the local market for young trees with banana propagation pellets from Jiffy.

Maua Mazuri produces Cavendish seedlings – the most commercialized variety globally – using tissue culture propagation from the meristem. “Even 1% of the market would give us plenty of work!” laughs Jan Beukema, Director of Maua Mazuri.

So why doesn’t everyone use the in-vitro tissue culture method? “It’s a complex, expensive process,” explains Jan. Most banana growers are smallholder farmers, with under two hectares of land. They don’t have the financial resources to invest in it. But they can buy seedlings grown by businesses like Maua Mazuri.

Backed by impact investors, Maua Mazuri provides small, medium, and large African farmers with inputs as well as digital support, so that they can build thriving banana businesses. It’s based out of the town of Moshi, near Kilimanjaro. Bananas grow best in tropical mountain ranges like these, and the area is dotted with plantations of the familiar shaggy ‘trees’.

Tanzanian farmers tend to be conservative, so training is crucial to winning customers for the two-year-old lab. As well as regularly updating its social media accounts, Maua Mazuri approaches farmer groups through churches and the government’s District Agricultural Officers.

“The farmers are used to working with large shoots and worry that our small seedlings are too fragile to be planted. They’re also very suspicious of genetic manipulation. We bring them to our demo farm to prove that we don’t use GMO and to show them what a uniform crop could look like.”

Maua Mazuri was introduced to Jiffy products by MEDA Rapid Banana, a program funded by the Gates Foundation to stimulate sales of East African highland bananas. After talking to MEDA, Maua Mazuri decided to run a small trial of 30,000 Jiffy Pellets. What is the best pellet for banana propagation? They decided on the 50x 60mm 7C coir pellets and 45-cavity trays. Jan spoke with Ganga Wijayawardane, Jiffy’s Regional Sales Manager Africa, and Jiffy’s product experts in the Netherlands at the beginning of the process. MEDA also shared videos from India, the world’s leading banana producer.

When Maua Mazuri ran a total value chain cost assessment comparing polybags with the 7Cs, it found that the pellets were better value despite the higher upfront costs, thanks to:

“Transport is a key factor,” confirms Jan. “It’s expensive here due to poor infrastructure. So the size of the Jiffy propagation pellets represents great savings. We’re also very happy that they’re organic and don’t leave plastic bags in the soil.”

Now Jan and his colleagues are in the second phase of the trial – 360,000 pellets. Maua Mazuri still uses poly bags for two-thirds of its seedlings. “We’ve found the pellets work well for orders, but less well for plants grown on spec. Once the roots have grown to a certain stage, the seedlings must be transplanted to keep doing well. We may try the larger pellets in future.”

Meanwhile, Maua Mazuri is eyeing expansion. Like exports to other East African countries through partnerships with local nurseries. A Ugandan customer is currently trialing Mazuri seedlings grown in Jiffy-7Cs, a type of banana cultivation pellets with coir ingredients.

Kenya is another promising market. “Kenyan farmers are prepared to invest money in innovation, so we’ll be starting there in 2022.” He adds: “Now that we’re familiar with bananas, we can start offering other tissue culture cultivars like cassava, sweet potato, and pineapple.”

“Above all, we want what’s best for the world and for our farmers. Clean genetics and high-quality plant material are a real step forward in terms of yields.” 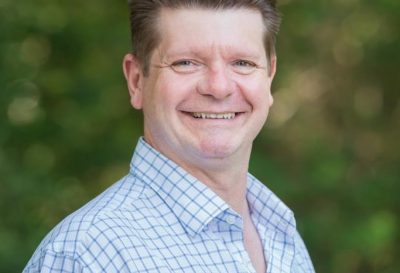 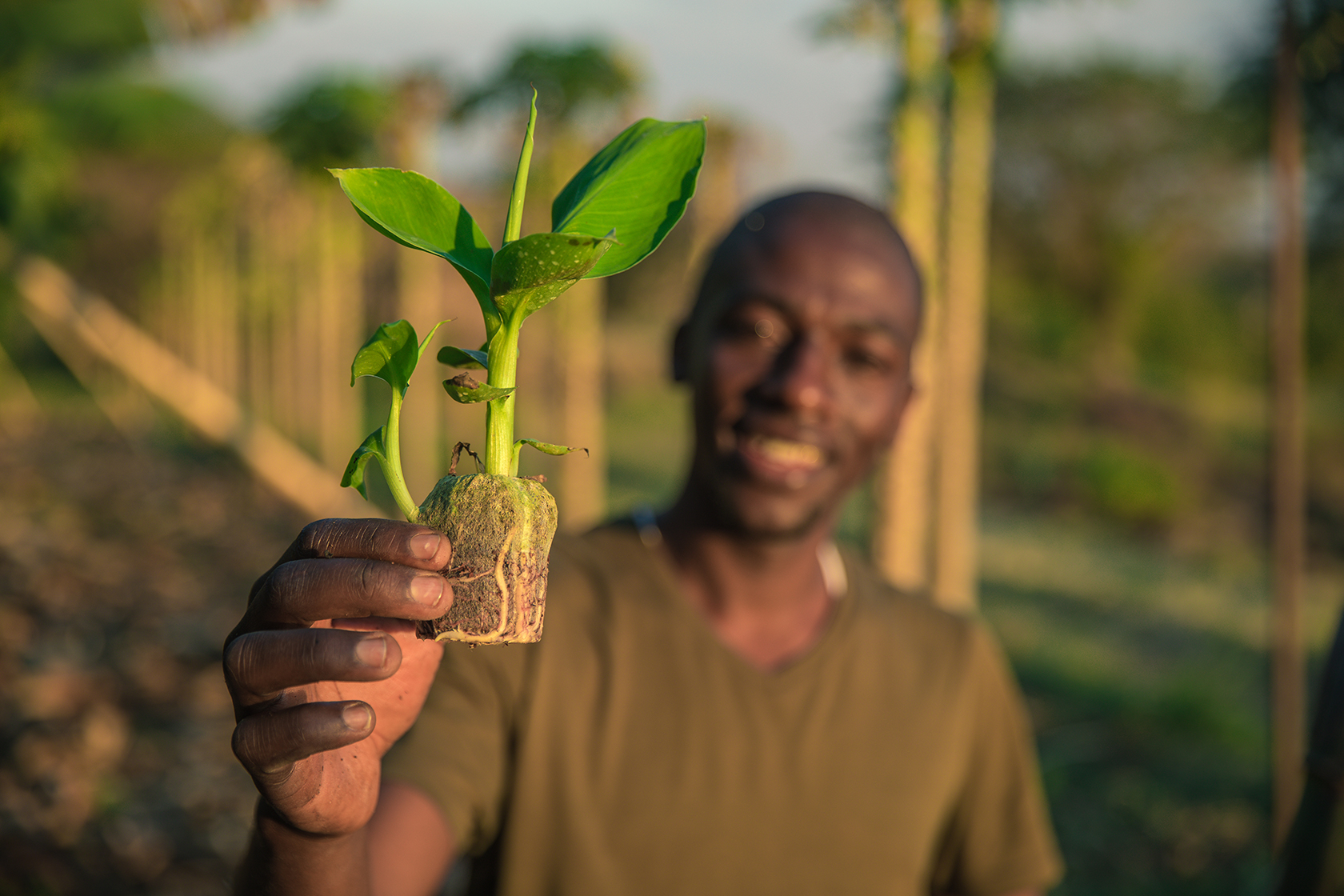 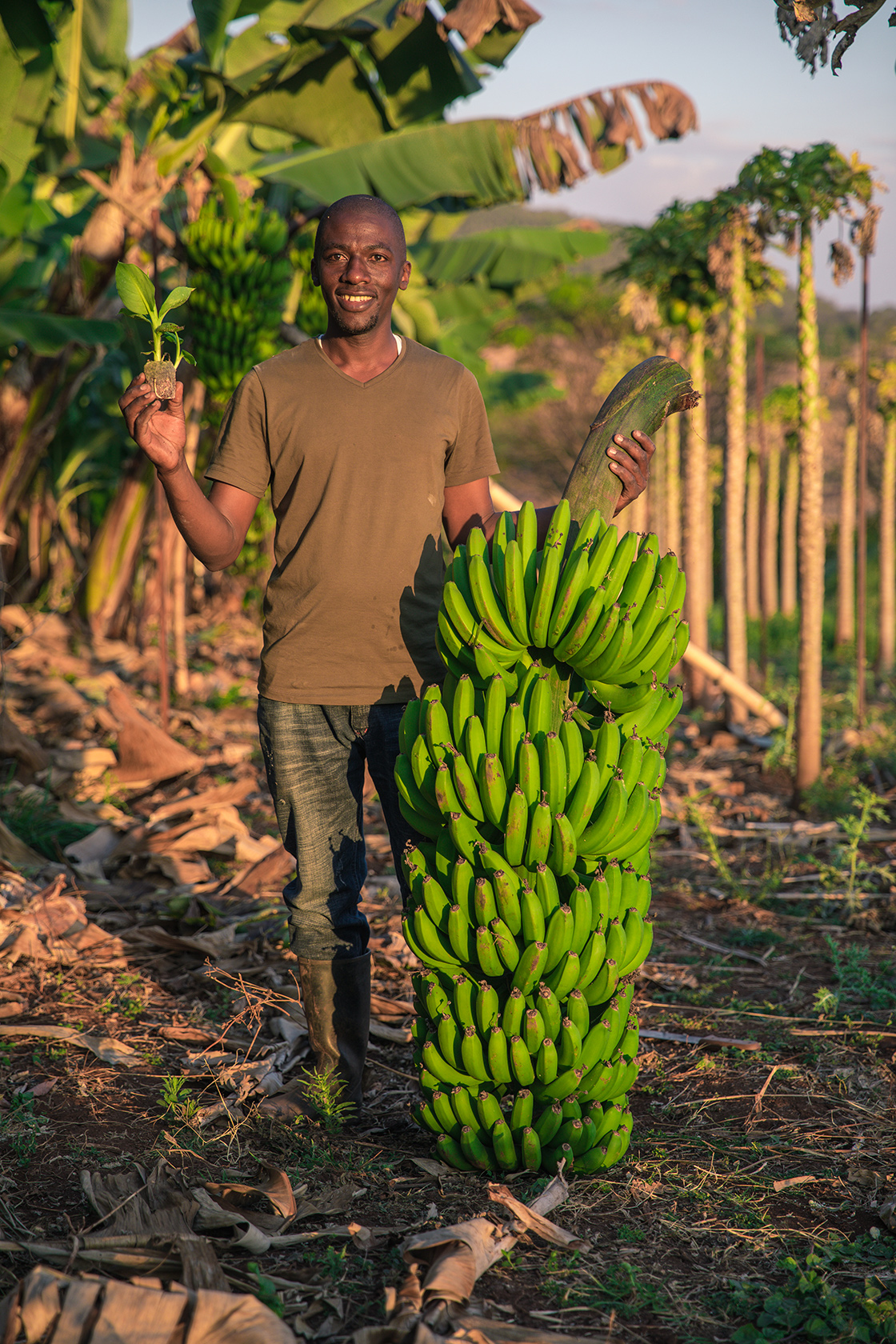